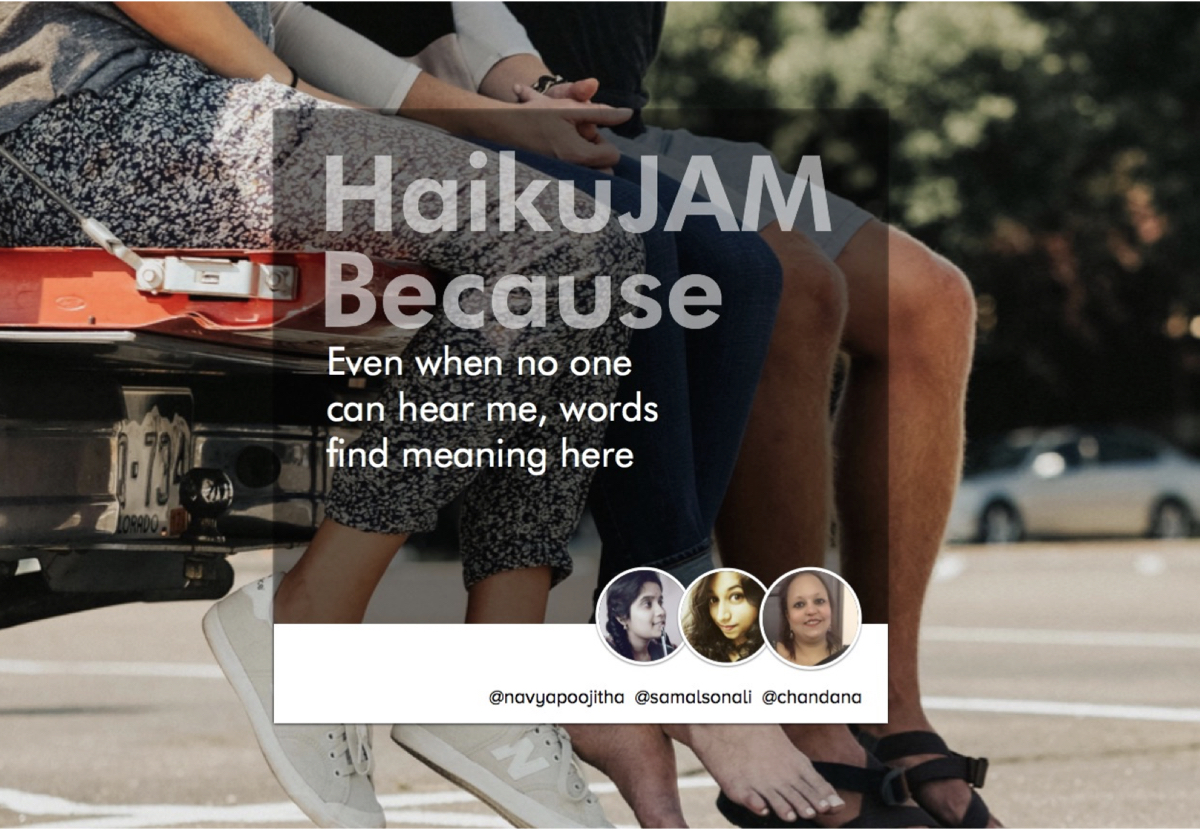 We're Jammin', we're jammin' and I hope you like jammin' too

Understanding your feelings, or that of potential customers, is central to making connections. Using machine learning, data science and AI, HaikuJAM is able to understand the various moods of the writer, how they react to different topics and insights into how they feel about different situations, brands, or topics.

The opportunity to fundamentally impact users and create deep engagement while improving mental health doesn’t come by often. When it does it makes you pause and take a moment to learn more. Our journey with HaikuJAM began 4 years ago when Dhru, the founder and CEO spoke about a game that was born out of a personal failure that he had encountered. The game had organically grown into a vibrant community in India and he was moving from London to build it out.

HaikuJAM is a social writing game where strangers come together to create 3-line poems around a variety of topics. The app took inspiration from a Japanese style poetry called ‘haiku’, which captures the essence of a moment in three lines. The HaikuJAM app adopts this brevity and combines collaboration with clever gamification to make it simple for anyone to express themselves on any topic. All you have to do is write a few words and the community takes over. The initial thought is taken forward by two random people and a JAM, that often makes the writers and readers pause and reflect, is born. Over the past 4 years writers from 163 countries have created 65MM lines in the game. Over 60% of the users are content creators, which speaks to the deep value that each user gains from actively engaging with the game.