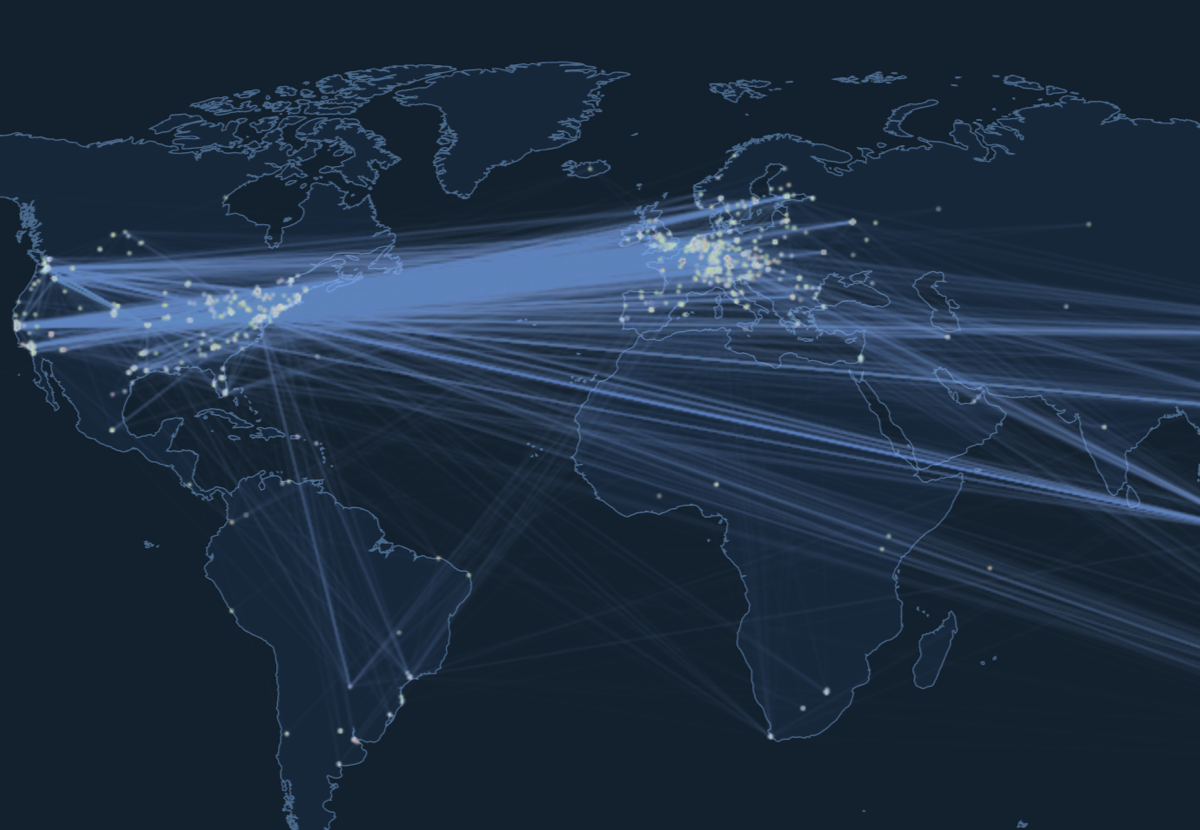 Magical internet money is now emerging as a medium of exchange for the poorly banked and unbanked population across the world. The belief that Bitcoin and Lightning Network will continue to be widely adopted is not simply a change in consumer behavior but an economic and cultural shift. Consumer behavior shifts happen at a faster rate because of technology accelerating consumption.

When Bitcoin first came to surface it was viewed as magical internet money because people didn’t know what it was. After a few years, it was viewed as a store of value called ‘digital gold’ due to its limited supply. Now, we are seeing it become a medium of exchange due to the rise of a second layer being built on top of the Bitcoin network that will allow it to be used for daily expenses. The Lightning Network (LN) is enabling micro transactions allowing consumers to pay for their everyday coffee, accessories or medicine.

The total value locked (TVL) in the Lightning Network (LN) has grown 5X in the past year from $30.5MM (1K BTC) to $147MM (3.6K BTC) with over 86,000 open payment channels across the world. The increasing adoption of Bitcoin by institutions and retail investors alongside El Salvador making it legal tender has propelled the use of the lightning network.

The Lightning Network (LN) is a solution to Bitcoin’s biggest problem, scalability. The Bitcoin network doesn’t have the ability to process a large number of transactions within a short span of time, which makes it difficult to use for payments. This is due to the records also known as blocks in the Bitcoin blockchain are limited in size and frequency. Hence, micropayments or payments less than a few dollars are inconsistently confirmed, and the small denomination of fees render those transactions unviable on the network.

The LN is a protocol that solves this problem using multi-party smart contracts and Bitcoin’s built-in scripting system allows for high volume, low latency digital micropayments in Bitcoin. Being able to solve for micro payments that are instantaneous means that LN can be integrated into retail point of sale terminals, user’s device to device transactions or anywhere that payments in small denominations need to be made.

This is made possible as the most essential part of the LN is a local two-party consensus which allows them to open a payment channel. It begins when two parties come to a consensus and send some amount of Bitcoin into a multisignature transaction that has a current balance allocated between the participants. The current balance is only updated with the cooperation of both parties on a transaction and new transactions use the spends from funds allocated to that multisignature transaction. Now, I think this is getting a little complicated with the jargon and as to how this network works so let’s use an analogy to better understand it!

How fast is too fast

When you go to a bar, you give your credit card to the bartender to start ordering drinks, following that, the bartender keeps a tab but does not charge the credit card until you want to close the tab or until the end of the night. Every drink is not charged individually because swiping the card for every individual drink would take time. Hence, it’s just more convenient to open a tab that keeps track of the balance until the end to pay it off and it’s not even risky as the bartender could just charge the card in case you run off. The Lightning Network works in a similar way where instead of providing a credit card to the other party you deposit a certain amount of Bitcoin into an address known as a payment channel that is between you and the bartender. Every time you purchase a drink, you can create a transaction on the payment channel holding address that spends money from the amount you deposited to pay the bartender. Hence, each time you order a drink, you can create a new transaction to pay the bartender, and this allows you and the bartender to maintain a balance of multiple transactions without posting it to the Bitcoin blockchain. Just like the bartender can swipe the card for every drink order, one can broadcast each transaction to the Bitcoin blockchain but that would be more expensive and take longer to process.

There is no risk at any point as the bartender could broadcast the latest transaction to the Bitcoin blockchain to secure his payment and close out the tab or in this case the payment channel. Eventually, when you and the bartender mutually want to close out the tab or payment channel either party can create a transaction that pays the final balances to each one and is broadcasted onto the network. The Lightning Network takes transactions onto a 2nd layer where transacting is cheaper and as fast as sending an email. There are still transaction fees incurred for using the routing nodes (2nd layer) to process payments but are significantly lower than settling every transaction on the Bitcoin blockchain.

As we witness a rise in adoption of Bitcoin, it will result in the expansion of the Lightning Network. Currently, we can separate the ecosystem into three categories.

However, there are three primary companies that are responsible for the interoperative implementations of the Lightning Network, Lightning Labs, Blockstream and ACINQ. These platforms help manage a database, connect to peers, open/close channels, generate payment invoices and send or forward payments while being synced to a Bitcoin node (miner). They have an easy to use UI that provide efficient routing hubs that allow wallets to easily connect and make payments.

As you can see, these three-platforms run the majority of the public payment routing hubs built on the LN. The next use case would be how payment solutions such as wallets are able to connect to these routing hubs to make it easier for users and merchants to use the LN.

We are seeing an increasing number of payment solutions that are making it easier for users to hold, spend and received Bitcoin on the LN. The key aspect of payments on the LN are wallets, there are several options of wallets that help enable users to pay in Bitcoin. People that want to use the LN for payments could either create their own wallet and connect directly to the LN, which is slightly complicated or choose between some of the wallet solutions that are easy to use and ensure security of a user’s holdings.

Some examples of wallet solutions include Strike, Paxful and Kraken (Crypto Exchange) that are integrating the Lightning Network. However, different wallets solve for different problems as some focus on instant conversion of Bitcoin to fiat or vice versa and some provide customized merchant solutions that help businesses comply with regulations and tax laws. As we can see there are several payment solutions for users and merchants, but those solutions are redundant if there is no place to spend your Bitcoin. That brings us to the next use case.

The most essential factor for the success of the Lightning Network is for businesses to begin accepting payment in the form of Bitcoin. There are several types of businesses that can accept payment through the LN such as cashback and rewards platforms, gaming and gambling apps and e-commerce platforms. As more users become open to the idea of spending in Bitcoin, the more it will drive businesses to accept it is as a form of payment. Recently, Strike app announced its integration with Shopify, which will allow all merchants using the platform to accept payment in Bitcoin. Furthermore, Robinhood a trading platform is launching their own crypto wallet and have stated that it will support Bitcoin transactions on the Lightning network. The LN is still extremely early, and we are yet to witness it being used across globally across platforms. UPI for fiat, LN for bitcoin

A great example is how UPI helped solved payments in India, Lightning Network is doing the same for Bitcoin globally. Earlier in India when payments could only be done through bank transfers or by funding wallets on apps such as Paytm it was slightly inefficient due to the lengthy process involved. For banks you had to input account details of the other person and it had to get approved before transferring the amount. For wallet apps such as Paytm you had to fund the wallet and then ensure the other person had the app to send them the money. Then came UPI (Unified Payments Interface) in 2016 that essentially allowed anyone with a bank account to create a unique ID and transfer money instantaneously. Furthermore, apps such as Google pay, Paytm, PhonePe, and Amazon Pay could integrate with UPI to allows users to send and receive money within seconds.

There are over 300 banks live on UPI and over 20 third party apps integrated into the network. In 2021, over 37BN transactions totaling over a $1 trillion were conducted through UPI. This describes the earth-shattering scale that the UPI network has been able to reach in just over 5 years.

Just like UPI made peer to peer fiat payments efficient, the Lightning Network is doing the same for Bitcoin. The LN can be easily integrated into third party applications allowing people to make instantaneous micro payments in a cost-efficient way without relying on a central intermediary. It can also be made off chain with the confidence of on-chain enforceability, similar to making legal contracts without actually going to court every time a contract is created. Magical internet money is now emerging as a medium of exchange for the poorly banked and unbanked population across the world. The belief that Bitcoin and Lightning Network will continue to be widely adopted is not simply a change in consumer behavior but an economic and cultural shift. Consumer behavior shifts happen at a faster rate because of technology accelerating consumption. In this case we are not talking about a shift in just one nation, it’s trying to mobilize the entire world into a new economic system that is completely borderless. Although, the shift of Bitcoin as a store of value to a medium of exchange might take slightly long to change but, as most major shifts this too will happen, gradually then suddenly.