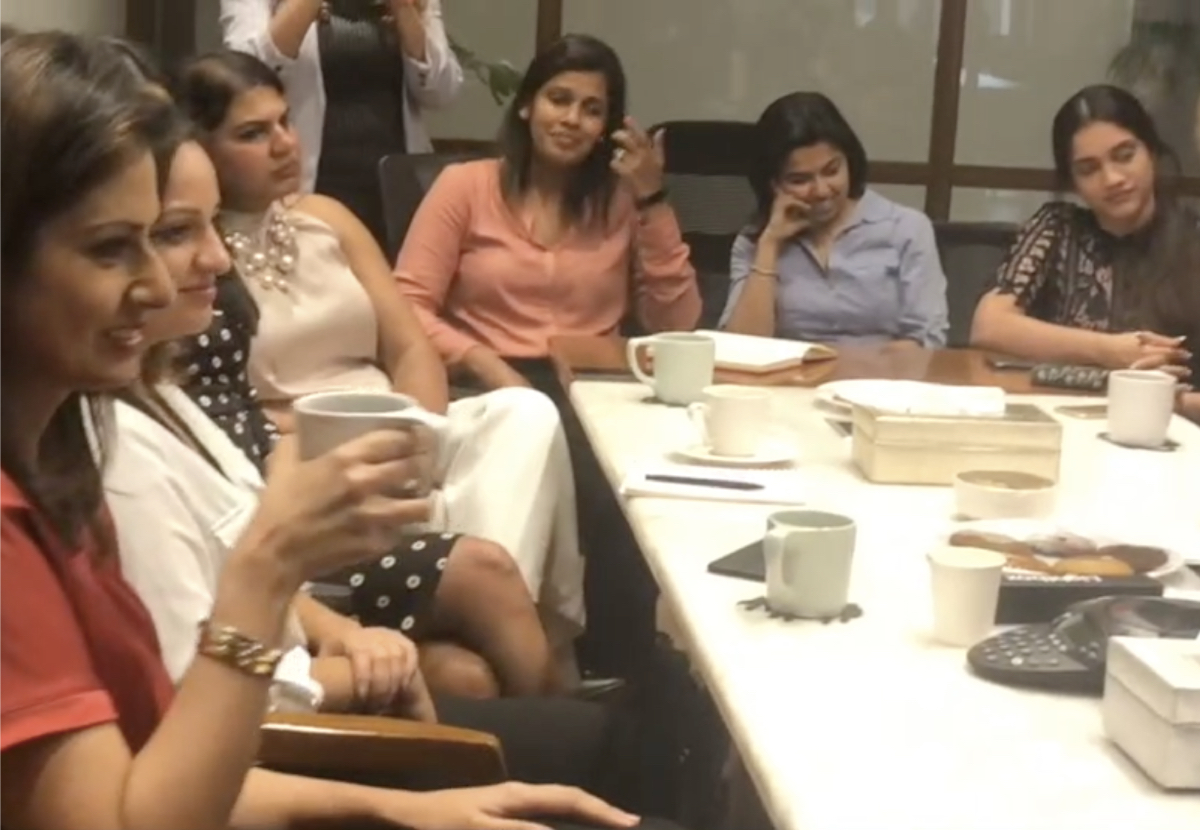 To all the women entrepreneurs out there: Don’t be intimidated by the people around you. Success looks different for everyone even if that means taking your time with things.

“Whose wife are you?” was the first question Shilpi Kapoor was asked when breaking barriers of disability. When posing for the cover of a magazine, she was asked to wear a business suit instead of a saari. Was that intimidating? Not for her. It didn’t stop her from using tech to empower the differently abled. However, it could be for someone else. This begs the question: If only 2.7% of VC funding goes to women entrepreneurs, where does the problem lie? A survey conducted by Sid Talwar, led to 2 conclusions:

- If women are not pitching to you, the problem is you

- Women are being unfairly judged

We got together with Ladies Who Lead and conducted a roundtable discussion with women who designed a life and career they always dreamed of. Women of all ages, backgrounds and professions that have inspired and uplifted others. We explored ideas, shared insights and came to some conclusions.

Naiyya Saggi from Baby Chakra felt that access is never an issue for women that come from a place of great privilege. If we're talking about diversity, equity, and inclusion, some women who have been privileged to lead, have a real opportunity to build a cadre of new leaders. However, women tend to downplay their achievements and potential. They feel that no matter what they accomplish professionally pales in comparison to others, but as Archana Khosla, CEO of law firm Vertices Partners, put it “The starting line is different because of opportunities granted to women”. Hearing both sides of the table, she’s heard her investor clients say that its completely gender agnostic and they only want to know if the business can scale.

So we got an investors perspective

Tarun Davda from Matrix Partners shared the opinion that women are ambitious and perfectly well suited for any business and can hire and retain people better than male founders. They balance work and life much better than male founders and about 90% of the time, VC’s don’t invest in a business not because of the gender, but because it might not be the right space for the VC. Angel investor, Seema Shah added that women are better at driving company culture and realistic about setting goals.

“ I don’t think its about a male or female founder. The problem is that all venture capitalists are male” said Sid.  What we try to do in lieu of that is start hiring women in the fund to get a different perspective. The top of the funnel insinuates that it’s an entrepreneurs fault for not coming to pitch. It’s not that women don’t have ideas, they have great ideas. It’s just that they’re intimidated by not just males, but even other women at times.

So, to all the women entrepreneurs out there: Don’t be intimidated by the people around you. Success looks different for everyone even if that means taking your time with things. Men are associated with leadership qualities and women with nurturing qualities and that should not be a stumbling block to reach for the same opportunities. It’s rare to have that balance between EQ and IQ and as a woman, celebrate that you have a high EQ which can be used as a key factor in both professional and personal success.

Finally, take risks even though your inner critic is telling you not to. It starts with an idea, and it does not matter if that idea came from a man or woman. It’s okay to fail and fall apart sometimes. Taco’s fall apart and we still love them!