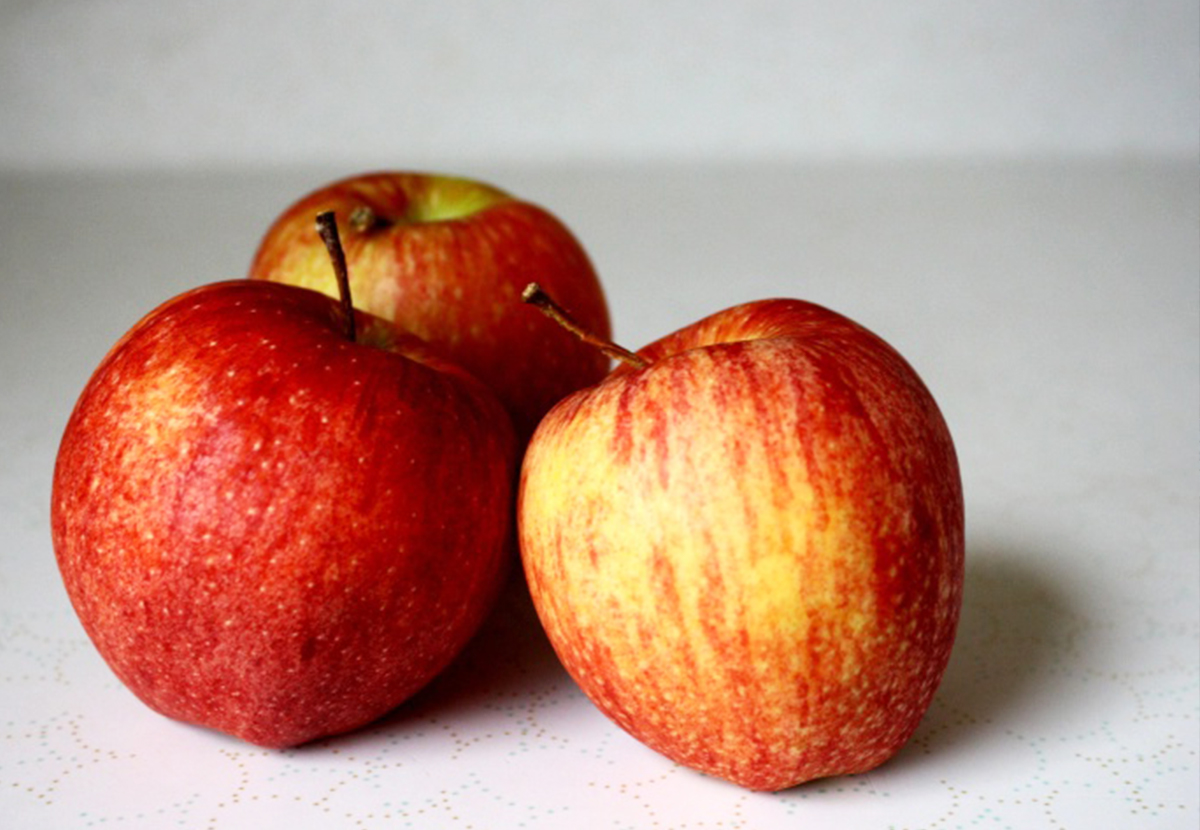 The picture of health

In one breath, India is called the ‘pharmacy of the world’; and in the very next, it is the ‘world’s diabetes capital’. This paradox encapsulates the state of Indian healthcare today.

In one breath, India is called the ‘pharmacy of the world’; and in the very next, it is the ‘world’s diabetes capital’. This paradox encapsulates the state of Indian healthcare today. At Lightbox, we’ve been tracking both sides to explore ways to crack this complicated puzzle.

– A glimmer of hope is a growing population (90 million) of health-conscious individuals taking steps to keep lifestyle diseases at bay.

– In most cases, the same medical effects can be achieved at a fraction of the cost with generics. But un-branded drugs are not widely prescribed by doctors courted by pharma companies. Thanks to poor regulation and little-to-no marketing, generics are perceived to be of inferior quality.

– Increased awareness could teach people to connect symptoms with the active molecule that treats them (no matter how long and difficult to pronounce).

– Pharmacies today are essentially dispensation businesses. There's nothing to stop them from being replaced by vending machines, with the right combination of machine learning and robotics.

– Our relationship with the local neighbourhood chemist shop remains transactional. Ubiquitous but interchangeable, they present an enormous opportunity to transform the image of healthcare in India.

As of 2017, we had 49% of the world’s diabetes cases, an estimated 72 million. That number is expected to increase to 134 million by 2025. As India gets richer, the prevalence of chronic lifestyle diseases is becoming more pervasive.

Mounting medical expenses have driven millions into poverty, because unlike NHS in the UK or even Obamacare, there’s no safety net here when we get sick. Low insurance penetration has meant that individuals bear the burden of medical bills, with 70% of all healthcare spending in India funded by personal income.

The Public Health Foundation of India and the British Medical Journal estimated that in 2017, 38 million people (out of a total of 55 million) fell below the poverty line due to spending on medicines alone. India’s total health expenditure is 3.9% of the GDP—amongst the lowest globally. Our public spend on healthcare has been abysmal (approximately 1.3% of the GDP between 2008 and 2015, which increased marginally to 1.4% in 2016–17. This is less than the world average of 6%).

Preventive care still has few takers in India (it currently constitutes only 7% of the $4 billion diagnostics market). A glimmer of hope in this bleak picture is the increasing awareness of healthy diets and fitness, particularly in urban areas. According to a RedSeer report, there is a growing population (90 million) of health-conscious individuals taking steps to keep lifestyle diseases at bay.

A number of startups like BeatO – a diabetes management service – are also building support systems to bring chronic disorders under control.

Generic and grossly underrated
But for the much larger percentage of people who cannot afford gym memberships and costly diet plans, it’s hard to shift the conversation from treatment to prevention. Why fix what isn’t broken, and incur an unnecessary expense? Medicines, that treat acute diseases and chronic disorders, take up the biggest chunk of healthcare expense, at 35% of total healthcare expenditure, and 52% of what individuals spend on healthcare.

As the largest producer of generic medicines globally, India’s reputation as pharmacy to the world is uncontested. In 2001, when the cost of HIV antiretrovirals was $10,000 a year per patient, Cipla announced it would offer generic versions at $1 a day. Last year, the film Dying to Survive told the story of Lu Yong, who created his own Dallas Buyers Club by smuggling drugs from India to treat fellow cancer patients in China.

Nothing spells fragmented quite like the Indian pharmaceutical market. Indian firms were quick to capitalise on lax intellectual property rules in the 1980s and reformulate drugs patented elsewhere for the growing domestic market. Over time, the only way for manufacturers and retailers to differentiate on an otherwise commoditized product was to create brands around drug molecules—enter branded generics. That’s how Crocin has become shorthand for Paracetamol, and Augmentin for the antibiotic Amoxicillin.

Driven by branded generics, supply has become increasingly fragmented with a complicated network of manufacturers and retailers—a mix of independent wholesalers, super and sub stockists, warehouses, to the retail pharmacies, clinics and hospitals. Un-branded generics are not widely prescribed by doctors courted by pharma companies. Thanks to poor regulation and little to no marketing, they are perceived to be of inferior quality.

Under pressure to improve healthcare and increase health expenditure, the Indian government has taken steps to promote generics. In most cases, the same medical effects can be achieved at a fraction of the cost, about 20 percent of the products in the country have been brought under price control. In 2008, the then government began an initiative called Jan Aushudhi, subsidised stores that sold only generic medicines. However, the scheme foundered because stores stocked so few drugs that hardly anyone bothered going to them. When the Modi government came to power in 2014, the project was revived and from 97 pharmacies in 2014, there are now more than 3,000 countrywide. But most Jan Aushadhi stores still have barely 100–150 formulations instead of the promised 600+.

A more patient-centric approach is needed here. Increased awareness could teach people to connect symptoms with the active molecule that treats them (no matter how long and difficult to pronounce). This is what Help Remedies did by reimagining drug packaging.

Dispensing without care: 900,000 missed opportunities
About 95% of the country's 900,000 pharmacies are unorganised mom-and-pop shops, while roughly 4% are organised national brands (such as Apollo Pharmacy, MedPlus and Wellness Forever). This number is staggering when compared to China’s 420,000 outlets. Not to mention over 250 online pharmacies and counting that have launched in the last few years and are now opening up their own offline outlets.

Count the pharmacies in a 1 km radius around you, and this number won’t seem like such a stretch (I have at least 5 near where I live, of which 3 are on the same block). The reason for this high concentration is that independent stores struck up exclusive deals with distributors to stock specific brands—creating quasi-monopolies within localities. Pharmacies proliferated, but as a consequence, customers were forced to hop from store to store to fill a prescription. This system created the messy back-end that continues today. Spread across disorganised independent units, there is little clarity on how things work beyond stockists.

The thought of all these micro-businesses relying on my prescription doesn’t seem financially sound, yet they continue to exist.

Pharmacies are essentially dispensation businesses. Branded counterparts may have organised their back-end and improved their margins, but the in-store experience remains unchanged. Competing in this sea of sameness has forced players to diversify into new product categories like FMCG, the bread-and-butter of kirana shops.

There's nothing to stop them from being replaced by vending machines, with the right combination of machine learning and robotics.

Independent stores don’t know their customers—they often do not collect even basic contact details or purchase history. Supply is unpredictable—We’ve all experienced the local chemist being out of a particular medication and having to call the backup chemist up the road. With no warehousing of their own, they are dependent on external stockists, which is why you usually get a response like “I don’t know when it will be back in stock, maybe next week”. This also tends to be the length of exchange between the store and customer. Here, data can make all the difference, from stocking the right products, predicting inventory, to providing more personalised service to returning customers.

E-pharmacies are the newest entrants in this overcrowded landscape. Online sale of medicines, now at INR 3,500 Cr., could account for 15–20% of total pharma sales over the next 10 years—due to multiple factors including ‘Digital India’, e-healthcare initiatives, increasing health insurance, and schemes like Ayushman Bharat.

Since online adoption for medicines is still low, an omni-channel approach can capture the much larger base of offline customers. Which is also why many e-tailers want to expand their physical footprint. Online pharmacy SastaSundar has a unique business model which allows customers to order medicines online and pick them up from ‘health buddy’ stores in their neighbourhoods, where they can also avail various health services. In the US, companies like Alto are trying to change that in their communication, and with ‘care teams’ available round the clock to provide holistic support.

The current scenario is marked with commoditization and a lacklustre retail experience. Competition is incredibly fierce. Customer loyalty is non-existent as decisions are governed by convenience (read proximity) and cost.

In spite of being the interface we come into contact with the most when it comes to health, our relationship with the local neighbourhood chemist shop remains transactional. Ubiquitous but interchangeable, retail pharmacies present an enormous opportunity to transform the image of healthcare in India. 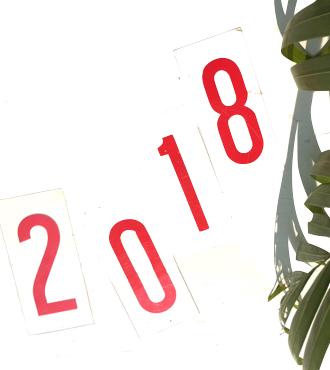 This is now the fourth year I’m writing my predictions for Tech in Asia. I’m more excited about this coming year than I’ve been about any of the last few years has tech is finally reached a tipping point. 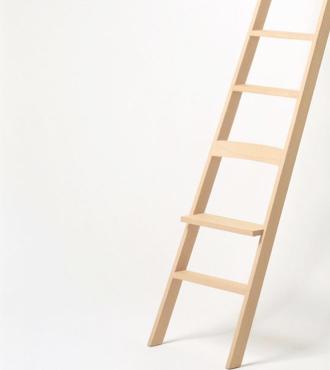 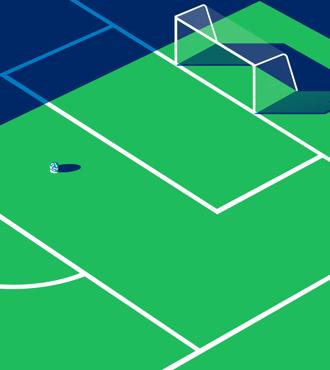 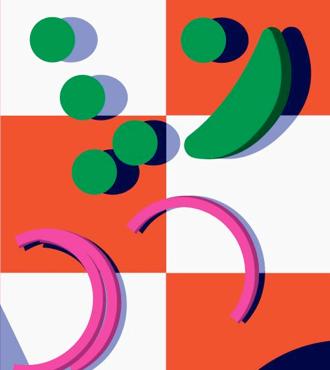 The Rebel Method: How to build 1000 Restaurants in 24 months?

At long last, we decided we needed a new name. “Faasos” will remain the brand for our wraps and we will continue to put massive focus behind growing the brand. But we felt the company needed a name that would signify what we were doing as a team instead of being restricted to the name of one of our many brands. So, as of last week and much deliberation, we changed our company name to “Rebel Foods”. 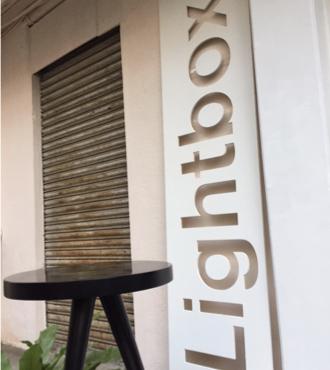 A view from our terrace

Indian consumers have repeatedly demonstrated their comfort with new technology. And that's starting to show at scale in the 120 emerging metros where demand for new and better products and services outpaces supply. Even at the foothills of the Himalayas, people are ready for life online – and open to a new way of doing things. 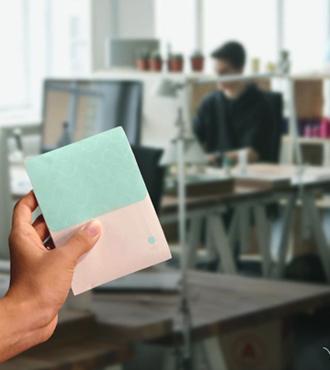