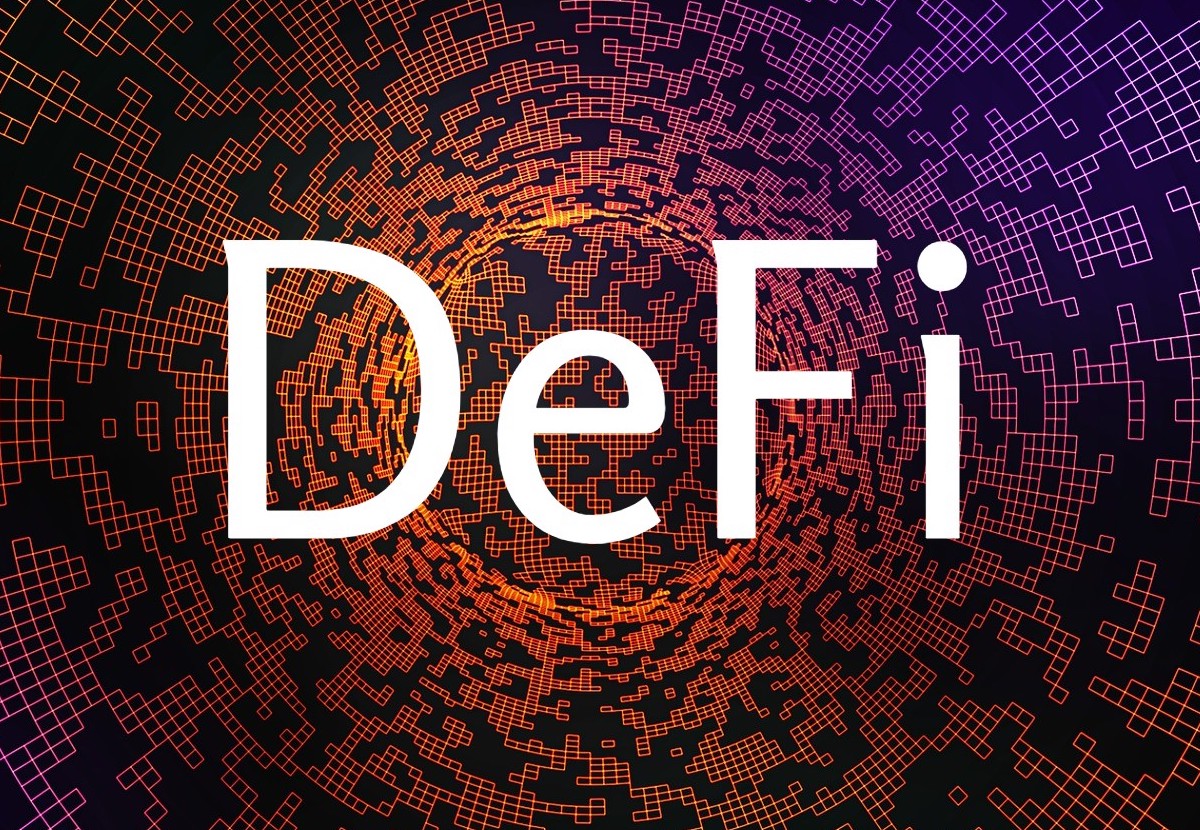 The cryptocurrency space continues to grow at an exponential rate which has given rise to new financial systems to emerge that allows people to use financial services across borders without centralized intermediaries. Let's dive into the world of Decentralized Finance:

Over the past year, if someone mentioned the word “Cryptocurrency” to you, a few terms that would immediately come to mind are Bitcoin, NFTs, DeFi, and/or Ethereum. All these terms have become extremely popular across the world as the Cryptocurrency space continues to grow at an exponential rate. Alongside the growth of the space, we have seen some really BIZARRE things happen such as the picture of a smiling monkey being sold for $2.25MM, the total value of collateral locked in across DeFi protocols crossed $200BN and in the US we are witnessing traditional stock trading platforms that are now starting to look like crypto trading platforms.

The rise in adoption of cryptocurrencies has given way for a new financial system to emerge that allows people to use financial services across borders without centralized intermediaries.

Let’s dive into the world of Decentralized Finance:

The decentralized revolution started with Bitcoin that provided individuals with a fixed supply of non-sovereign digital store of value. However, any robust and sustainable financial system requires more than just one asset and its users need services and products that allow them to put their capital to work. This has led to the rise of Decentralized Finance (DeFi). DeFi is the infrastructure being built for various financial applications that utilize cryptocurrencies or blockchain technology. The various financial applications that are being built include borrowing & lending platforms, decentralized exchanges (DEX’s), stablecoins, insurance, and asset management. The current traditional financial system composed of banks and financial institutions primarily consist of centralized database systems filled with middlemen charging high fees, hold ups, limited access to financial services globally and lack of transparency. Therefore, DeFi will enable financial systems to transform into an open financial economy based on open-source protocols that are more accessible across borders, fewer intermediaries, and increased transparency. These DeFi protocols are built using smart contracts that are both programmable and interoperable, basically, they have similar technical standards allowing them to easily communicate with each other.

All DeFi applications live as code on blockchains, largely on the Ethereum blockchain. Essentially, Ethereum is an open source blockchain based distributed computing platform for building decentralized applications and due to its smart contract functionality, it has a lot more use cases beyond just facilitating simple transactions. Like most public blockchains, Ethereum is a digital ledger that allows multiple entities to hold copies of its transactional history, which implies no single party can control it ensuring full transparency. In traditional finance the NSE Clearing Limited (National Clearing) acts as the central clearing house for financial securities (i.e., stocks, bonds, etc.). Similarly, the Ethereum blockchain acts as the decentralized clearinghouse for transactions involving tokens and smart contracts. Now that we better understand the underlying technology of DeFi and how the applications work, let’s explore how they function as decentralized entities.

Most DeFi protocols operate as DAO’s (Decentralized Autonomous Organizations). DAO’s are blockchain based organizations that are collectively owned and operated by their members. The rules of the organizations are defined and built on smart contracts as well as perform protocol operations and governance functions. The decisions in a DAO begin by proposals put forward by any of the various members and are ultimately decided by member voting that is recorded on the blockchain. The same method is used to control the treasuries and determine how these organizations spend their funds. DAO’s increase transparency give more control to stakeholders as opposed to how traditional corporations operate with a hierarchical structure.

A Stablecoin is a type of cryptocurrency whose value is tied to a stable asset such as the US dollar or Euro. The reason for stablecoins to exist is because of the utility it provides as a medium of exchange as it effectively bridges the gap between fiat and cryptocurrencies. Stablecoins can minimize price volatility, making them a suitable store of value that encourages their use in everyday transactions and improves the mobility of crypto assets. We will be looking at three different types of stablecoins, custodial, collateral backed and algorithmic.

Algorithmic stablecoins attempt to maintain the peg to the dollar through dynamic expansion and contraction of the tokens supply. Fei is an algorithmic stablecoin that employs a technique called “reweighting” to perform its actual trades, however, most of its assets are held in cryptocurrencies so in the case of a black swan event, the asset value could significantly drop.

Protocols in DeFi allow users to lend and borrow their assets, however, all DeFi lending protocols require users to put up a higher collateral compared to the assets they borrow.

One of the biggest DeFi lending and borrowing platforms is MakerDAO. The platform processes collateralized lending using stablecoins. The Maker protocol allows users to issue DAI, a stablecoin pegged to the value of the US dollar by locking collateral assets of a greater value in the system's vaults. Once the DAI is issued the vault owner takes a loan against their deposited assets, if the value of the collateral decreases below a specific threshold the position is automatically liquidated by the protocol to repay the outstanding debt. However, under normal circumstances the vault owner repays their original loan along with interest to regain control of their collateral. The platform currently supports a variety of collateral assets including various cryptocurrencies, stablecoins and liquidity tokens.

The MakerDAO platform is generating revenue from three main sources:

The Peg Stability Module (PSM) enables users to swap a given collateral type (e.g., ETH) directly for DAI at fixed rate rather than borrowing DAI. The PSM doesn’t allow users to retain ownership of the assets as they are not borrowing DAI but instead swapping their asset directly for DAI for which the protocol takes a fee of 0.1%.

Decentralized exchanges (DEXs) are peer-to-peer marketplaces that allow direct exchanges of cryptocurrencies between two interested parties enabled by smart contracts while allowing users to maintain control of their funds. DEXs use something called as an automated market making (AMM) system over a traditional order book system. Exchanges usually match individual buy and sell orders, however, in DEXs users can deposit assets into a pool, which is then traded on the platform. The price of the assets on DEXs is determined based on the ratio of assets in the pools.

One of the most used DEX’s globally is Uniswap. The platform uses the automated market maker system that adjusts the price of the listed assets based on the supply and demand in the pools. Uniswap runs on two types of smart contracts, an exchange contract, and a factory contract. The exchange contract is used to facilitate all token swaps (trades) and the factory contract is used to add new tokens to the platform. The increase in total value locked across DeFi platforms indicates that people are willing to take higher risks with new platforms built on blockchain technology. Nexus mutual is a peer-to-peer DeFi equivalent of a traditional discretionary mutual, which offers an insurance like product for risk protection. The governance token NXM is burned as increasing number of clients purchase cover, which is like stock buybacks in traditional finance. Nexus mutual is a non-custodial insurance protocol built on Ethereum that operates as a decentralized autonomous organization (DAO). The participants that join the Nexus community via holding their token automatically become members and have the option to purchase protection of cover against risks such as smart contract failures and custody default loss. In the case of smart contract failure or custody default loss, the payout of the insurance is decided through community voting. Due to the explosive growth in DeFi and the nascency of the space, we are witnessing a 2.8x increase in hacks and frauds since last year. Hackers are exploiting the weak infrastructure of platforms as some of them are still building out their products on a technology that is relatively new. Hence, the need for protection against these hacks is why protocols such as Nexus Mutual will be required for users as well as platforms to protect them against loss of any funds.

Currently, Nexus mutual covers insurance worth $635MM for over 70 DeFi protocols and DAO’s. The protocol currently receives $17MM in premiums every year from the users they cover, which is then distributed across all the members of the community. As the space continues to grow and we see the development of more DeFi platforms the need for insurance will also increase.

The new financial protocols we are seeing emerging are still early, however, we are seeing exciting new applications being built that have real world use cases that are democratizing and making finance accessible globally. Although, we will see additional layers getting built on top of current DeFi protocols that will increase costs incrementally, we will see various financial institutions adopt these platforms in their backend as it gives them access to varied geographies and demographics participating in the ecosystem.

Protocols: They are a basic set of rules that allow data to be shared between computers. In cryptocurrencies they establish the structure of the blockchain, a distributed database that allows the digital money to be securely exchanged over the internet.

Smart Contracts: In DeFi, smart contracts replace financial institutions in the transaction. A smart contract is a type of account that can hold funds and send or receive them based on certain conditions. Once a smart contract is live, it will always run as programmed.

Decentralized Autonomous Organization (DAO): A governance structure that manages a community treasury, where decisions are made by a community and not a central leadership.

Stablecoin: A stablecoin is a digital currency that is pegged to a “stable” reserve asset like the U.S. dollar or gold.

DAI: It is a stablecoin running on the Ethereum blockchain that attempts to maintain the value of $1 through locking up collateral on its platform.

Governance Token: They are tokens that allow the holders to help shape the future of a protocol as they are part of a DAO where these tokens have voting rights.